Street art used to be referred to simply as graffiti but in recent years the term art is becoming more applicable. More and more artists are choosing street area to display their work rather than limiting it to museums and art galleries. This explosion of street art has made some of the less attractive areas of towns and cities more aesthetically pleasing and has drawn in visitors from around the world as the popularity of this form of artistic expression is becoming more acceptable. 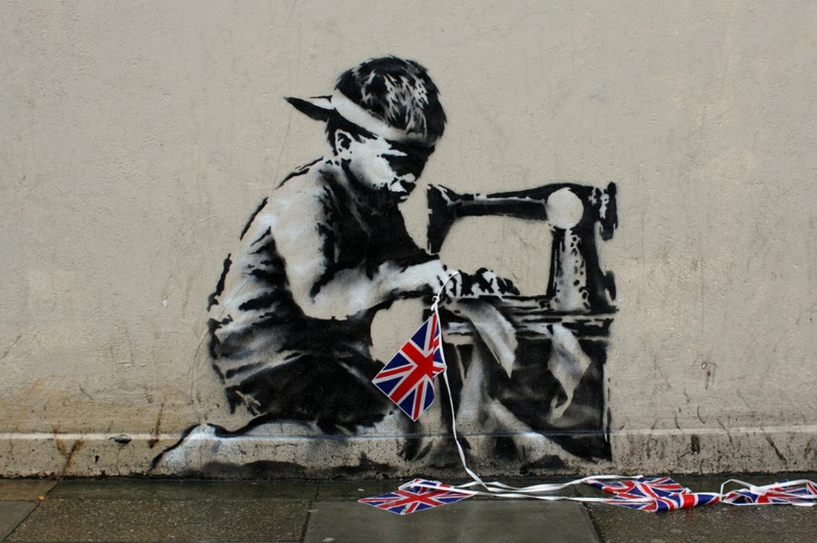 Banksy is an anonymous English street artist who creates a wide range of satirical street art. He began his street art in Bristol but has been all over the globe. One of his pieces that really stands out is the Slave Labour mural which shows a young child sewing up union jack bunting. The purposes of this piece was to protest against the use of sweatshops to make the Dimond Jubilee and London Olympic memorabilia back in 2012.

3D street art is another unusual form, one worldwide known artist, Joe Hill, has created some amazing pieces that can literally blow your mind. Some of his notable pieces include Dracula in his coffin, the Blackwood hole and the iconic Teenage Mutant Ninja turtles crawling up from the sewers. 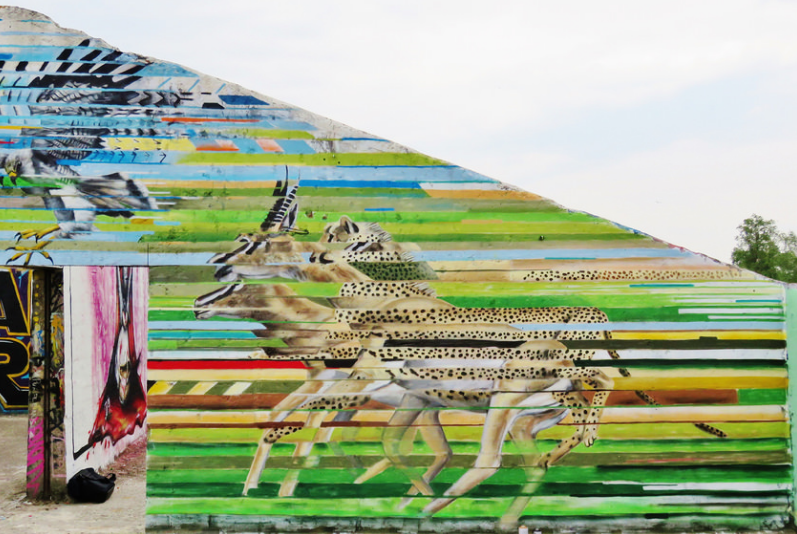 Cee Pil is another artist who creates some very different animal art, in most cases the animals will have sections showing cogs and wheels inside them and some come in a vivid range of colours that linear design that has truly has the ability to make you stop and think about life.

The German Crew as they are collectively known creates come stunning and vivid piece of street art and one on their most notable pieces was done in across a whole town in Mexico. The homes of Pachuca were transformed by the bright colours and it was all part of a government sponsored project to bring the community together and rejuvenate the neighborhood. Hundreds of homes were painted and it is said to be the country’s largest mural, the finished effect is stunning and makes this hillside town really stand out.