What is street-art? Is it the artist’s soul cry or sudden inspiration? Street-art is accessible to millions of viewers in the open space of city streets, unlike exhibitions and galleries. Artists working in this direction, do not require anything in return. Tickets for exhibitions you will not find in any box office of the world. Artists of street art do not sell tickets for their exhibitions and do not invite their fans to the opening. The creativity of this trend is free and accessible to all. Street art is the artist’s dialogue with the street space. While it’s on the street, it’s all straight.

Walk around the world – London.

On urban geniuses, the spirit of adventurism and the fact that in London graffiti is not only Banksy.

First question: where can I see graffiti in London? By and large – everywhere! On walls, on buildings intended for demolition, on fences around construction sites, as well as in places specially designed for graffiti. A variety of London graffiti can be seen along the channel Regent, on the outskirts of the city and in the neighboring eastern districts of London. But there is one big problem, graffiti is illegal art, and most of them are not welcomed by the city authorities.

Walking around the world- Lisbon.

Multifaceted Lisbon or the transformation of street garbage into works of art is also art.

In the past few months, rubbish piles in the streets of Lisbon have gradually turned into real works of art. The transformation of cumbersome street garbage was taken by the artist and master of street art from Portugal. Now, instead of old tires and broken equipment, the alleys of the city are decorated with original colorful installations in the form of giant birds, grasshoppers and crocodiles. 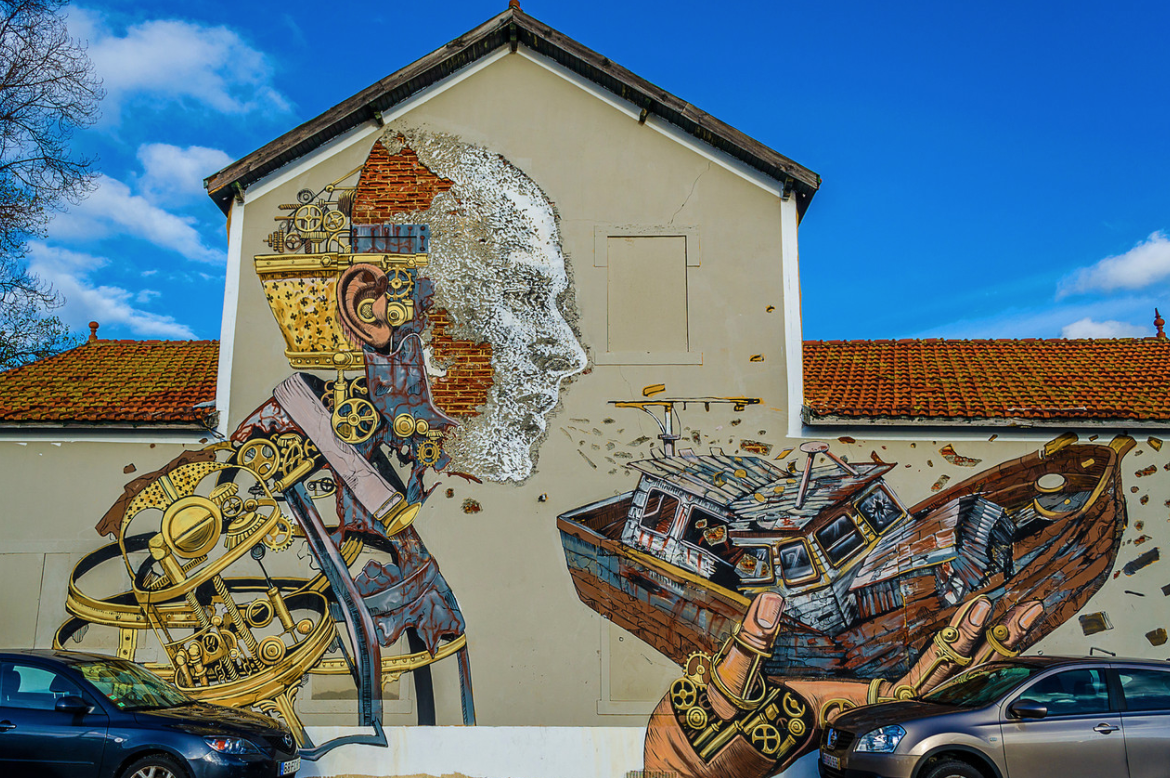 A street artist and a real master of graffiti from Portugal, known under the pseudonym Bordalo II, undertook the transformation of the streets of Lisbon. The author of a large-scale art project chose objects of rubbish for his creativity.

It’s not enough just to hear about the works of art created by Bordalo II, it’s worth to see everything with your own eyes!